Skip to content
Clear Lines on Audit and Risk > Risk management in projects: the real reason

That’s why they have you as project manager.

Risk is the effect of uncertainty on objectives. In any project, there is uncertainty about whether the project objectives will be achieved. Uncertainty of success in projects is greater than in business-as-usual. In a project, there is anxiety about delivery on schedule and within budget. Achieving project benefits and strategic goals is even less certain, and the stakes are higher, at least from the enterprise perspective. Unintended side-effects and dis-benefits are also possible, from any change. 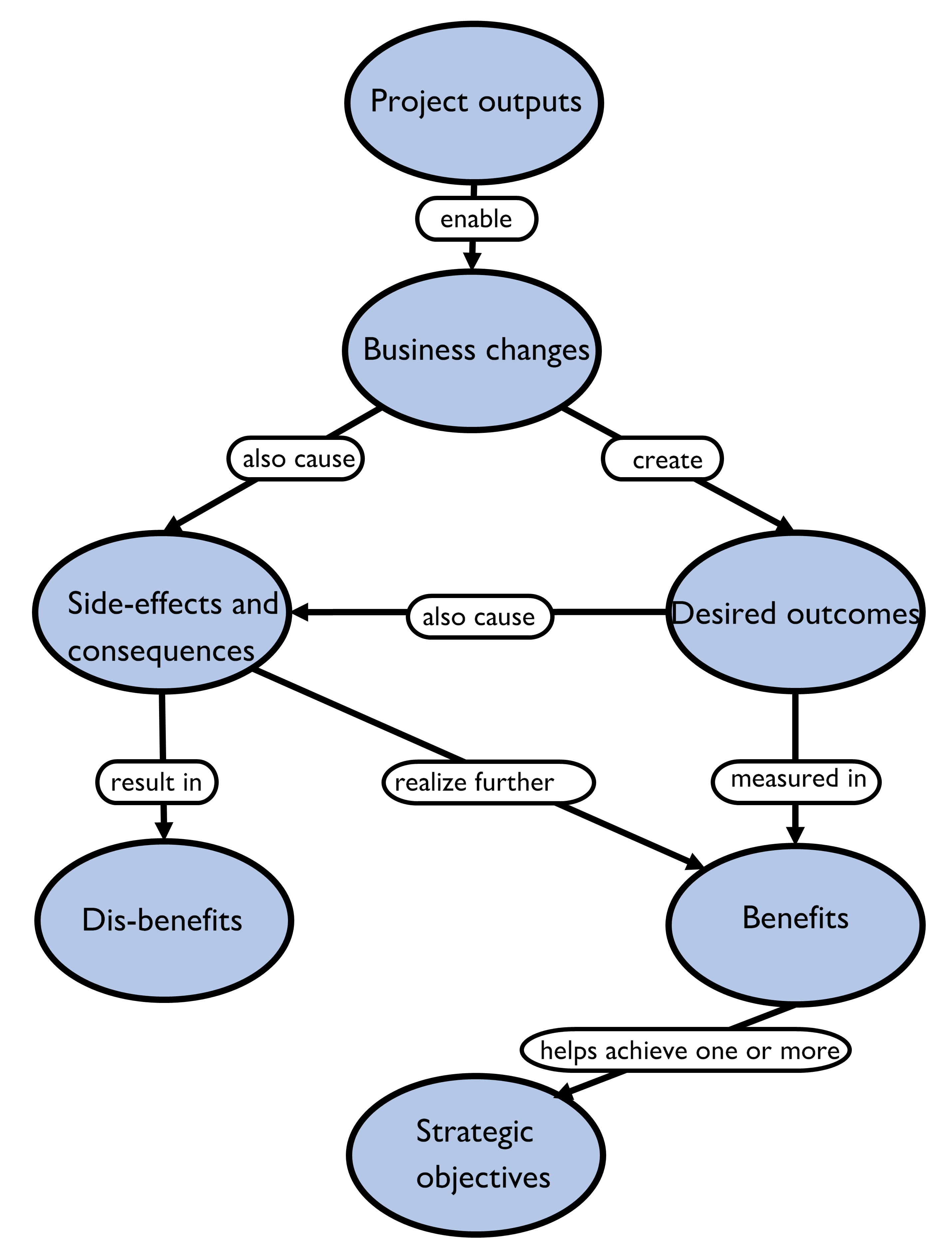 Ultimately all risks, costs and benefits affect stakeholders: the enterprise and its clients. Those stakeholders are exposed to risk, and they should be the ones to decide which risks are worthwhile in relation to benefits and costs. The project board represents the stakeholder interests and objectives when it makes decisions. When a project board makes a decision, even a decision that you carry on, it is always accepting risks and trade-offs on behalf of stakeholders, whether it says so out loud or not.

Real project risk management begins with a good understanding of the project objectives. The SMART way to define objectives is as a statement about the world that will be true or not true at a given date in the future. A SMART objective is Specific, Measurable, Achievable, Realistic and Time-related; there are many variations. We often talk about positive objectives we want to achieve, perhaps something like ‘the enterprise makes sustained profits after project completion’. There are also objectives to stay out of trouble, which we want to avoid, perhaps resembling ‘someone gets killed or injured as a result of the project’.

For every objective, there is a range of possible end-points: the planned end-point, plus better and worse deviation end-points on either side of that.

There is much more to ‘objectives’ than achieve vs avoid.

PRINCE2® identifies four ‘organizational perspectives’ for project risk. PRINCE2® calls them the Strategic, Programme, Project, and Operational perspectives. Those labels need some explanation. You can find that explanation within PRINCE2® and in the TSO source Management of Risk: Guidance for Practitioners (also available from AXELOS).

Your project board is accountable for achievements and avoidances on objectives within all four categories, looking at the project from all four perspectives. As a project manager or contracted provider, your accountabilities may be limited to achieving the ‘Project’ objectives for delivery on time and budget, and perhaps the Operational objectives. That can lead to a successful project, but only if the project board has someone else looking out for the Strategic and Benefit objectives.

Your project board wants the project to achieve all the objectives in all categories. Assuming they don’t have other teams responsible for some elements, they want you and your project team to make it all happen.

The board will also want forecast end-points for each of the objectives, with regular updates to those forecasts. A forecast can mean a simple statement of which of the end-points—planned or deviant—is looking most likely, for each objective. That is obviously a useful kind of forecast, which at least says more than a traffic light will ever say.

A more complete kind of forecast, supporting board-level decisions directly, shows for each objective in each category:

This kind of report shows them everything they need to know about forecasts, and about risk, in a single view. It shows every objective, with a confidence level for the planned achievement. It also shows whether each nasty deviation end-point is comfortably unlikely, or not. The Clear Lines on Audit and Risk call this kind of report the Risk Based Outcomes Forecast. There is a full example (for an enterprise) on LinkedIn.

Effective risk management can report that level of assurance to the board, and supports that assurance with hard facts, robust analysis, and frank admissions of remaining uncertainties.

If you’re not able to report ‘project risk’ in such a powerful form, it’s probably because your version of ‘project risk management’ has been side-tracked by templates, standard scales, the ‘risk matrix’, look-up tables, and bureaucracy. You may have dabbled in the traditional but unhelpful display of risks as dots on a ‘heat map’. Or perhaps you have dazzled with a brand-new form of risk ‘visualisation’. What you need to ‘visualise’ are your project’s success end-points, and its possible other end-points. None of the distractions are required by PRINCE2®, nor by formal risk management standards such as ISO 31000. Another common trap is to focus on all the little problems and unknowns involved in any project. There are always plenty of those, but why do they matter? You know why they matter when, and only when, you link them to project objectives.

This post was written specifically for re-publication in the June 2019 issue of PM Magazine, so it assumes that you are a project manager.