Assume that there is an average long-term frequency of events per time unit. It doesn’t matter what time unit you use, as long as you always use the same time units. The frequency can be any positive number, including small fractions. A fraction such as 0.2 means that on average, an event occurs once in every five time units. That doesn’t mean that two or more can’t occur in the same time unit. Nor does it mean that a run of ten time units with no events can’t happen. 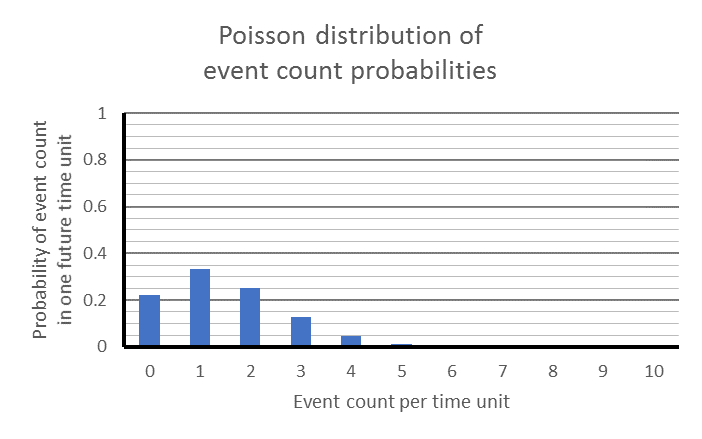 The cumulative Poisson distribution is the probability of x or fewer events, given the long term-frequency. It is just the total of all single Poisson probabilities from 0 occurrences through to x occurrences.

That is easier to do with the cumulative Poisson distribution, which looks like this: 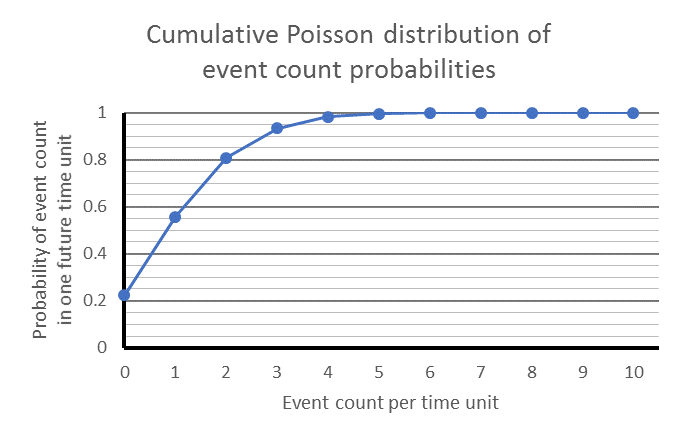 Map of the series

Next article for risk specialists

Index to the topic Risk in work unit business planning